EyeSite was incorporated on September 16th, 2005 in the state of Arizona.  Since that time, the company has grown to be the leader in Mobile Site Security Systems throughout Arizona and North Texas. 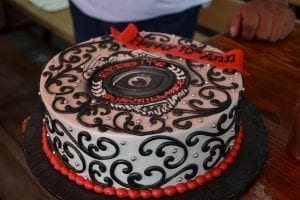 The journey has been fraught with challenge.  After a quick start and enjoying phenomenal growth protecting the residential home construction market, in 2008 the company faced a plummeting housing market in Arizona.  EyeSite was forced to re assess and develop new avenues of business to make it though the recession.  Unlike many other businesses tied to the construction industry, EyeSite not only prevailed through the most difficult market conditions in living history but emerged with a strong, vibrant, determined vision, state of the art products and extraordinary optimism for the future.

David Gratton, President- “Looking back, it is pretty astonishing that we made it through the recession. We had to make some hard choices and personal sacrifices in order to weather the storm.  But through it all, we believed in the turn key nature of our business model. We believed in ourselves, and that we had a product and service offering that our customers would also believe in and come to trust.”

Like many small businesses, EyeSite started out in a garage, in this case, the garage of Scott Carpenter, co-founder and Vice President of Operations.  Scott’s experience in the construction industry and his knowledge of the mobile surveillance business was the inspiration that became the genesis of EyeSite Surveillance Inc.  Scott developed a plan and took his idea to David and Dean Olson. Dean, David and Scott had all previously worked together in the real estate/construction industry.

They also added a fourth partner to the team. As it turned out, David’s son Jason was a graduate of ASU’s MBA program and had also completed his undergraduate degree in Aerospace Engineering.  This was a huge plus for the company, not only from an accounting standpoint, but also in terms of utilizing his engineering skills to enhance the technology of the EyeSite Surveillance platform going forward.

The four put Scott’s plan into action, David secured the financing. Scott and Dean began marketing to national home builders throughout Arizona and Jason worked on refining the equipment for optimal functionality and performance.

Jason recalls leaving his position at Honeywell where he was a head engineer developing missile guidance systems for government contracts.

Jason Gratton, CEO- “It was a tough decision to give up a secure position at Honeywell to pursue the American dream of owning your own business, and I’d be lying if I said I wasn’t more than a little nervous at first, especially with a young family relying on me.  But it has turned out to be one of the most rewarding and fun experiences in my life.”

The four partners worked diligently throughout the next several years, adding team members along the way as the business grew.  As the company expanded, the owners of the company made a conscience decision to stay deeply involved with the day to day operations of the company to make sure that the company never veered away from the original vision.

EyeSite Surveillance can best be described as the antithesis of the American Dream. They are family owned and operated, and besides Jason’s connection to Dave, Dean’s brother Doug is Director of Business Development in the Dallas market while Jason’s wife Elvia handles the company’s bookkeeping.  Several of the company’s team members are also related, resulting in a tight knit team that is trustworthy and motivated.

Scott Carpenter’s Philosophy- “Work hard, play hard, get involved, make a difference. Our customers always come first. Let’s provide them with the very best the industry has to offer underpinned by a level of service, second to none.

EyeSite participates in numerous charitable fundraising events each year, supporting worthwhile organizations such as Scottish Rite Children’s Hospital, Happy Hill Farm and Operation Finally Home while also contributing to Wounded Warriors, Sojourner Phoenix Woman’s Shelter and Toys for Tots.  Through their involvement with associations like American Subcontractors of Texas, American Subcontractors of Arizona, TEXO Builders, Home Builder’s of Central Arizona, Dallas Builders and the Arizona Builder’s Alliance, they have had the chance to shoot skeet, play golf, bass fish and bar-b-que all while doing something for a good cause. The philosophy of the four partners is; “Be part of the community, always give back and have a little fun along the way.”

As the company continues to evolve from Arizona, throughout the state of Texas and beyond, the commitment to providing quality products and services at a fair price while helping reduce crime in the communities it serves will ensure that EyeSite Surveillance will continue to move forward for years to come.